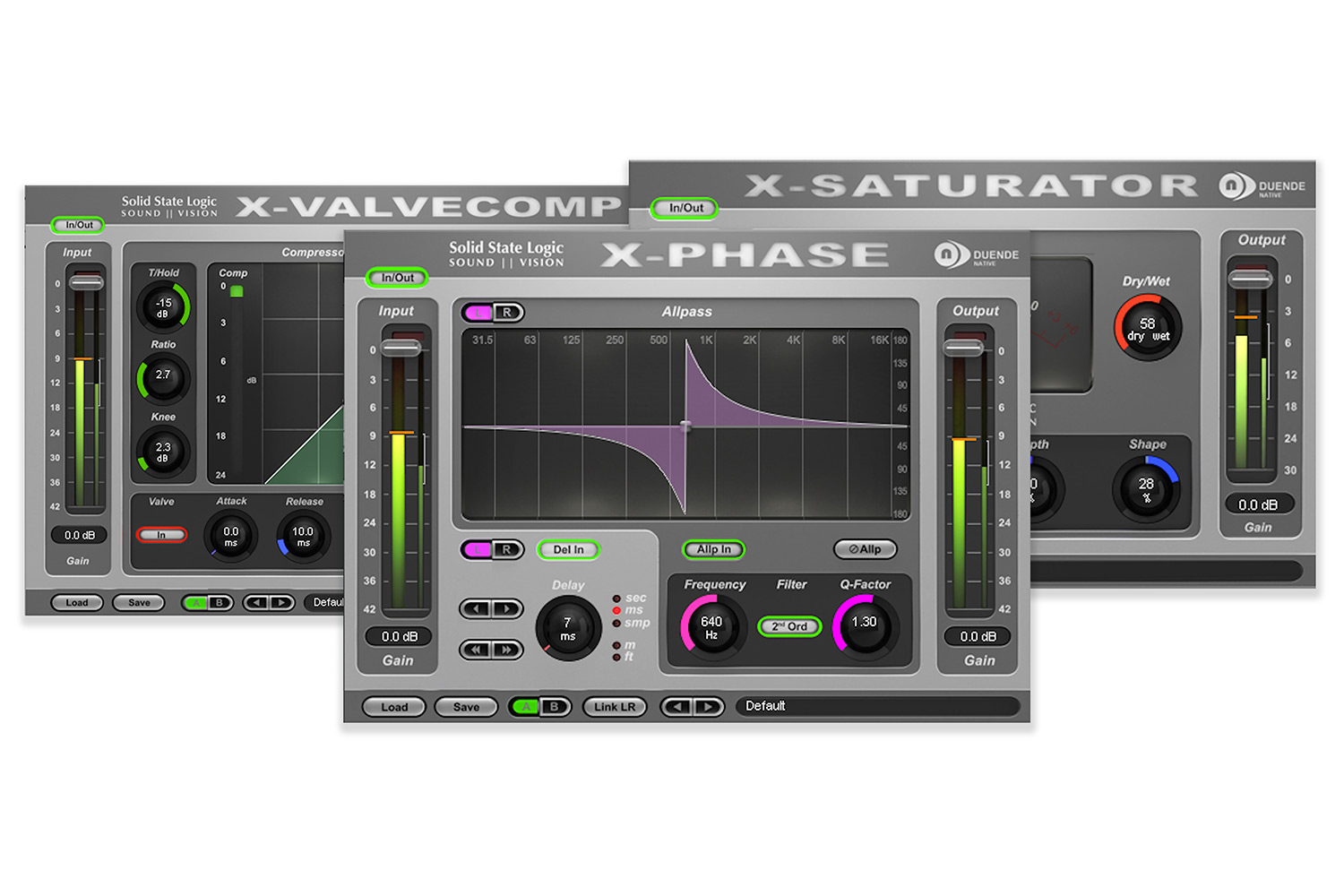 Last month Solid State Logic announced a trio of new plug-ins for its Duende Native range. The three new plug-ins complement the existing range with two plug-ins (X-Saturator & X-ValveComp) designed to bring some analogue saturation and distortion emulation to your digital DAW and the third (X-Phase) delivering high precision frequency specific phase correction. The plug-ins are due for public release by May 1st 2014. To coincide with the new plug-in release SSL has announced migration of the entire Duende Native plug-in collection to the iLok copy protection system – which might annoy a few folks. So there is no confusion (from us) how this will happen here’s the low-down from the horse’s mouth – SSL’s website.

Existing Duende Native and Legacy DSP hardware owners (who have not already cross-graded to Duende Native) will be offered a free cross grade to iLok. Owners of Codemeter hardware dongles will be offered a 50% discount on iLok purchase from SSL’s online store and a free X-Saturator or X-ValveComp plug-in. SSL’s Codemeter based online license centre will cease to function in January 2015 so all users are strongly encouraged to migrate to iLok by December 2014. SSL’s iLok support is scheduled to become live by 1st May 2014.